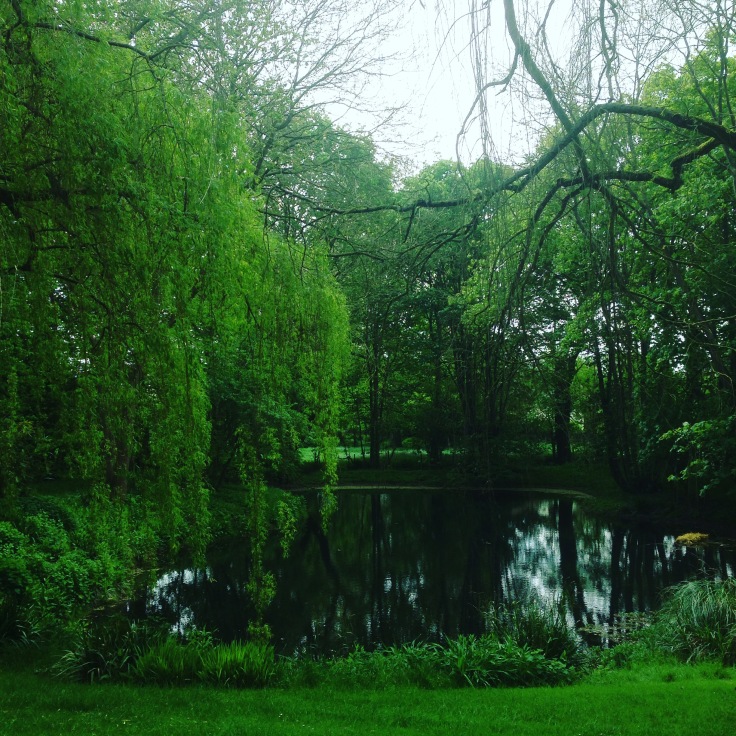 I’ve always felt an affinity for water. Even as a child I had found myself drawn to it. There was a lake down the road from the cottage where I grew up. We lived just outside a little town, so my childhood was filled with trees and fields and rivers and lakes. The one down the lane, my lake, was really nothing more than a grubby pool of water surrounded by tall reeds and muddy banks which squelched and sucked at your shoes as you walked. Believe me when I say that it was beautiful. I would paddle around it in the summer in crude rafts and dare myself to jump into it in the winter — running home to the fire, dry clothes, and the chance of being fussed over.
I had my first kiss next to that lake. Her name was Gwendolyn, though everyone called her Lin. That was a bit later, of course, when I wore tattered T-shirts and mascara on my eyes. I was going to be a Rock Star, you see. We’d meet up after school and walk the little paths that snaked their ways through and around the village. Beyond that there wasn’t much to do. This particular night we got drunk — well I say drunk, but you know how it is at that age — off of a bottle of cooking sherry I had smuggled from the kitchen sideboard. She had thought me daring. All I knew was that she was the most interesting, beautiful, marvellous girl in the world and that if I didn’t kiss her, well, I don’t know. I just couldn’t not. So I did.
We dated for a little while after that. Then, one day, behind the train station, she said:
‘Listen Jim…’
And that was it.
I heard at school that she went all the way with Micky the next weekend. That hurt a little.
It was all a long time ago. There are no more tattered T-shirts in my cupboards, just a lot of similar looking shirts and a few tidy blazers. Not that I can complain; I’ve had a pretty good life any way you think about it. My kids still come to visit from time to time and they tell me about their lives and how their mother is doing. Work is good too, though these days everyone seems to want sustainable designs for their buildings and I’m not sure I can keep up.
I went back to that village the other day. It’s not how it used to be. There are a lot more buildings for one thing. They’ve paved over my lake too. To make way for a large construction. I guess when it’s done it’ll match the complex that has hunkered down where our little home used to be. Not that it matters. Living in London does have its advantages and, of course, at the time I couldn’t wait to get out. The lake is just something I remember.

One thought on “Something Remembered”